Character Sketches in the Federal Convention 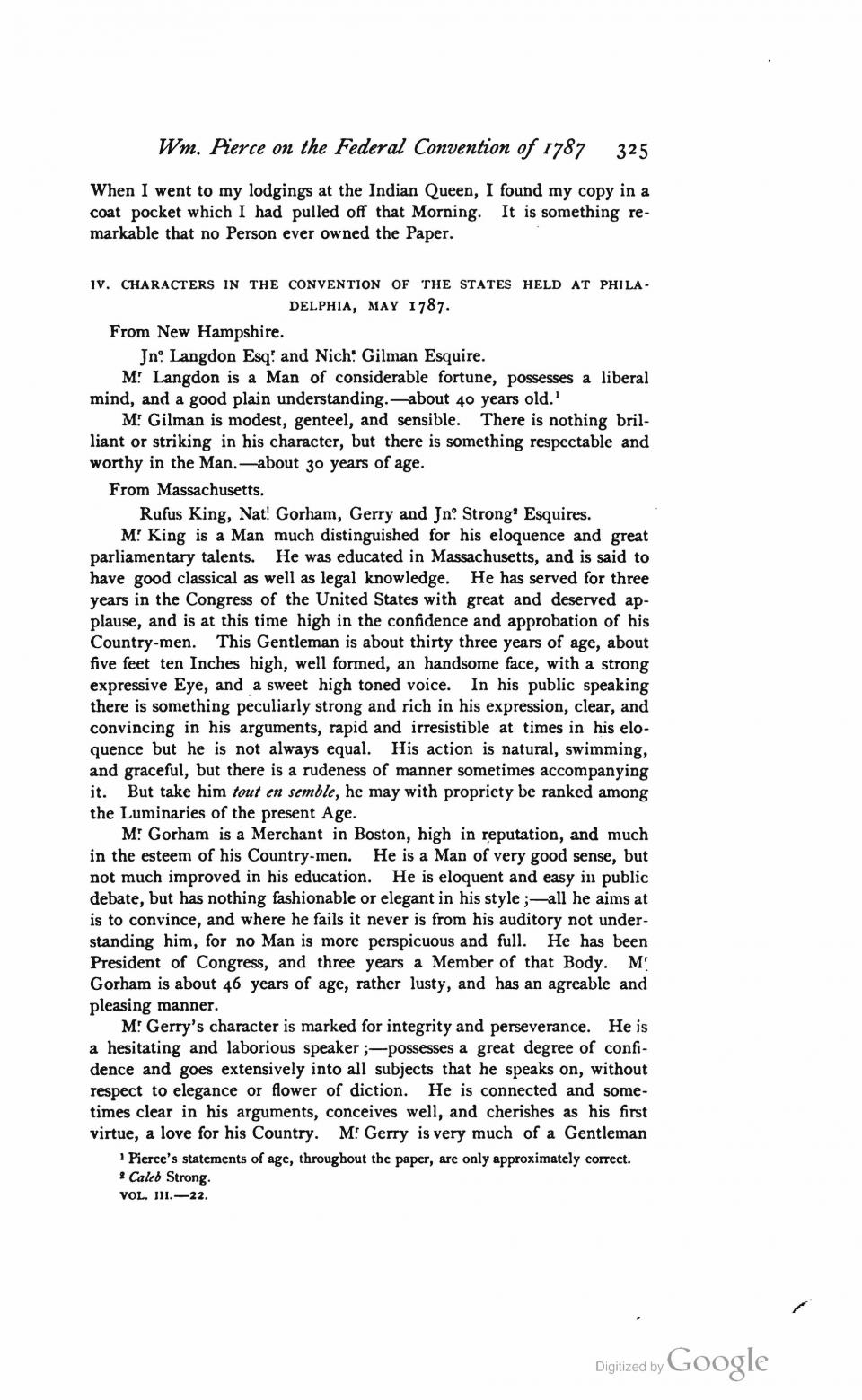 This work recounts William Pierce’s impressions of the delegates to the Constitutional Convention. A delegate from Georgia, Pierce died in 1789. His notes were not published until 1828, long after the Convention had ended. Although Pierce was quite critical of some delegates, he had nothing but praise for James Madison, the major author of the U.S. Constitution.